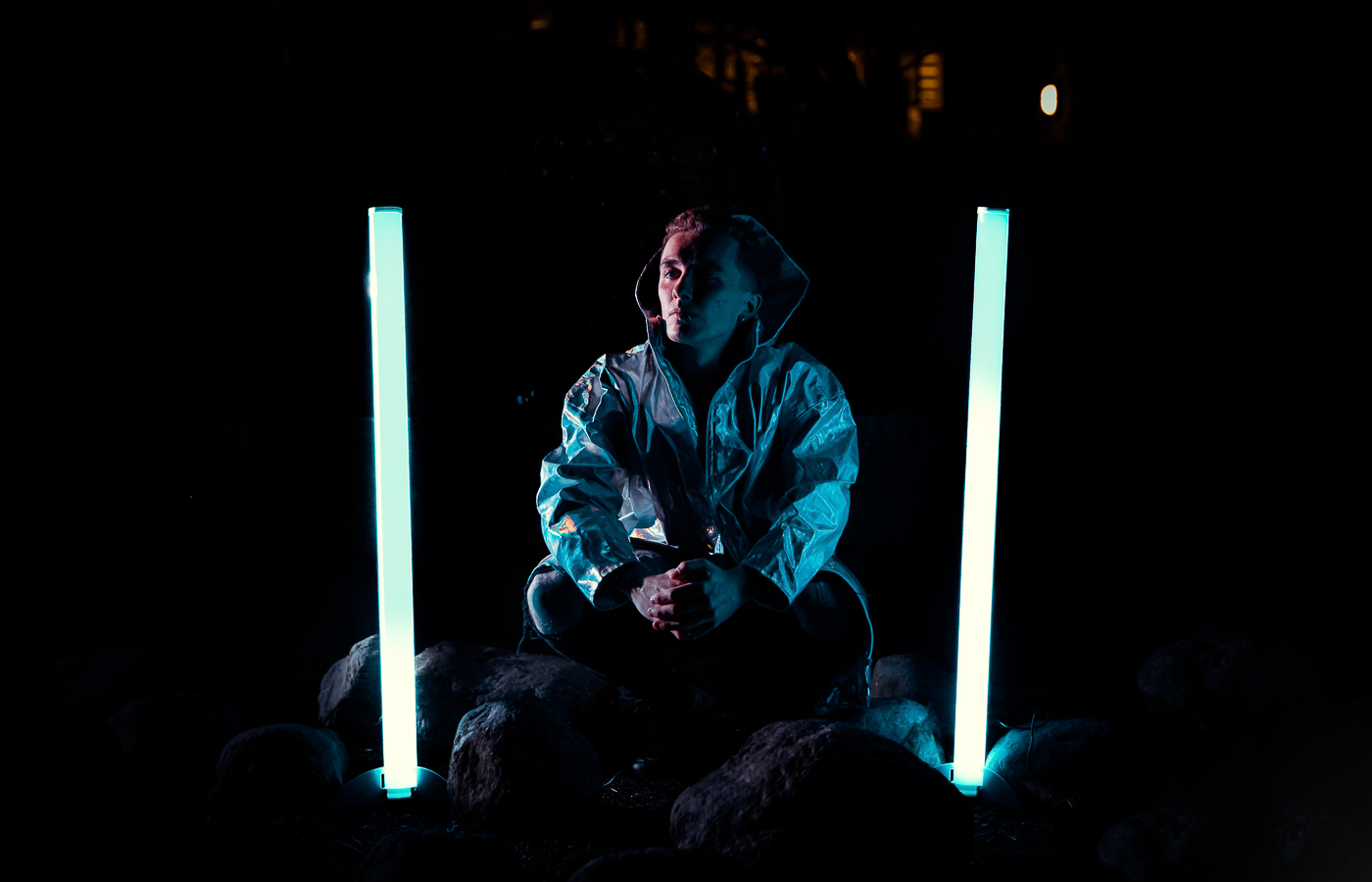 After a Summer of dizzying festival slots and a Winter spent in the studio, re-contextualising the energy of those late night shows into new sounds, Wastefellow returns to the stage, bringing his brain melting live A/V show to us on good Friday. This show will debut new material from his forthcoming project ‘Displacement Maps’. 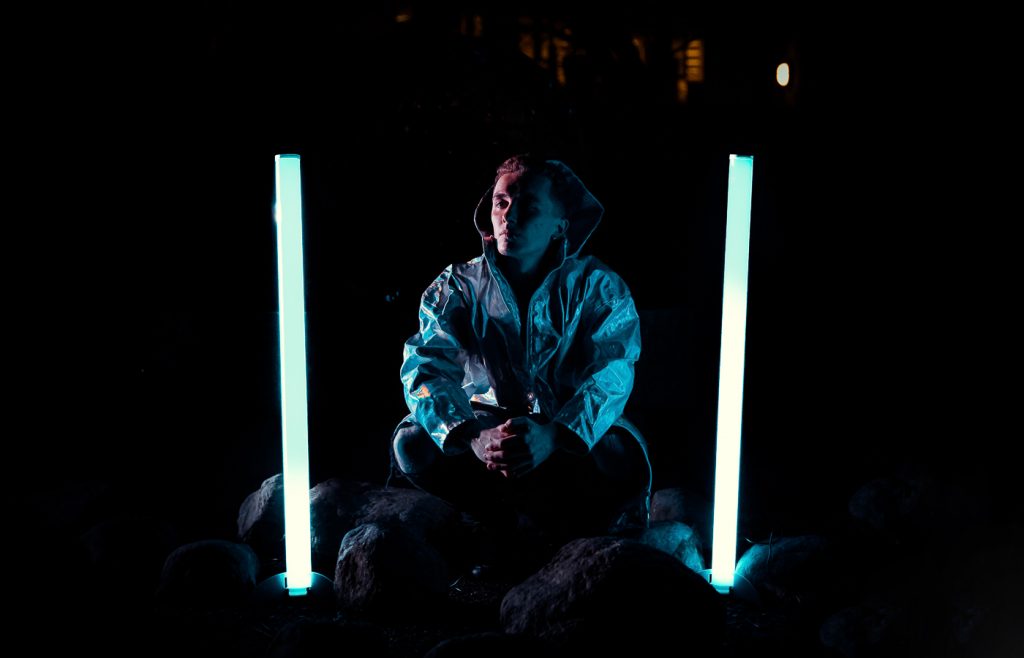 “There’s no one else around like Wastefellow. The Irish auteur is following a singular
dream, his fizzing electronics set against that high, keening falsetto are both beautiful
and unsettling at the same time.” – CLASH

“Wastefellow has demonstrated form in creating music that sounds like it exists on an
abyssal plain. His tracks are filled with familiar sounds but worked in ways that give
them a supernatural quality”- The Irish Times

“The production is lush, the beats irresistibly danceable.”- Earmilk

‘‘Sounds half-way between a lullaby and a breakbeat-driven rave tune that’s being
played by speakers buried deep underwater.” – Kaltblut

“It’s hard to see Wastefellow not absolutely blowing up in the next few years. Everything
about his music and presence makes for a cohesive project filled with personality.
At such an early stage of his career, he’s already managed to craft an instantly recognisable
sound and appeal without forsaking experimentation.” – The Thin Air

Wastefellow is a rising producer and songwriter and vocalist from Dublin, whose music sits
between the experimental and accessible, where his gossamer light falsetto merges into a
clatter of driving beats.

Having been a mainstay on the Irish festival circuit since his debut EP, ‘Amazed, A Maze!’
(bringing his A/V show to the likes of Electric Picnic, Forbidden Fruit, Body & Soul & All Together Now), last years widely praised EP ‘Post Human Potential’ cemented his status as
one of the most exciting new Irish voices. The EP, released via Ireland’s buzzing Soft Boy
Records, fused stuttering, rave-ready synths with wild ideas and left-field beats. ‘Post Human
Potential’ was followed by an Irish tour, culminating in a sold out launch in Dublin’s Grand
Social. A month later, Wastefellow appeared in Dingle for the famed ‘Other Voices’ festival,
and then finished off 2018 with his UK debut, headlining the Waiting Room, London.

Having been named one to watch by The Irish Times, Red Bull Music & Goldenplec, Wastefellow grabbed 2019 early with a new single ‘On The Dry’, and a performance at a sold out Soft Boy Records showcase in London’s Bermondsey Social Club. This was followed by the ravey ‘Fizzy Lifting Drinks’, a track and ambitious music video that were widely praised by the likes of CLASH, Kaltblut and Dummymag. Wastefellow followed this with his biggest headline to date in The Button Factory (Dublin), and after a busy summer of festival dates and some big support slots (such as BATTLES, Shabazz Palaces, Lapalux & Holy Fuck!), Wastefellow is now working towards the release of his debut full length in 2020.