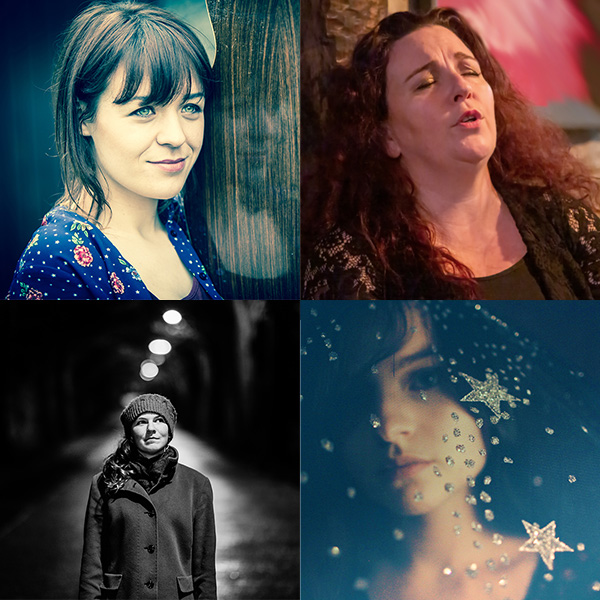 Since the release of her first single ‘The Seduction of Eve’ in 2016, Emma Langford has woven herself into the DNA of the Irish music scene and arrived on an international scale. She is shortlisted this year for Germany’s Eiserner Eversteiner folk prize.

Katie Theasby is a self-taught Flute player as well as a Singer & Songwriter and has performed with artists such as Finbar Furey, Paddy Keenan, Stocktons Wing, and Kinky Friedman amongst others and she performed at last year’s Doolin Folk Fest with Mike Hanrahan and Ger O’Donnell accompanying her.

Clare Sands is a musician, composer, songwriter and music therapist whose star is in the ascendant. Her mastery of her instrument is what happens when you begin at the tender age of four!

At only 23 years old, Saoirse Casey is already a seasoned live performer. Her first gig was supporting Declan O’Rourke in the INEC Killarney and since then she has joined Declan on stage at numerous venues including the National Concert Hall and Vicar St. Her songs have the power to both soothe and invigorate.