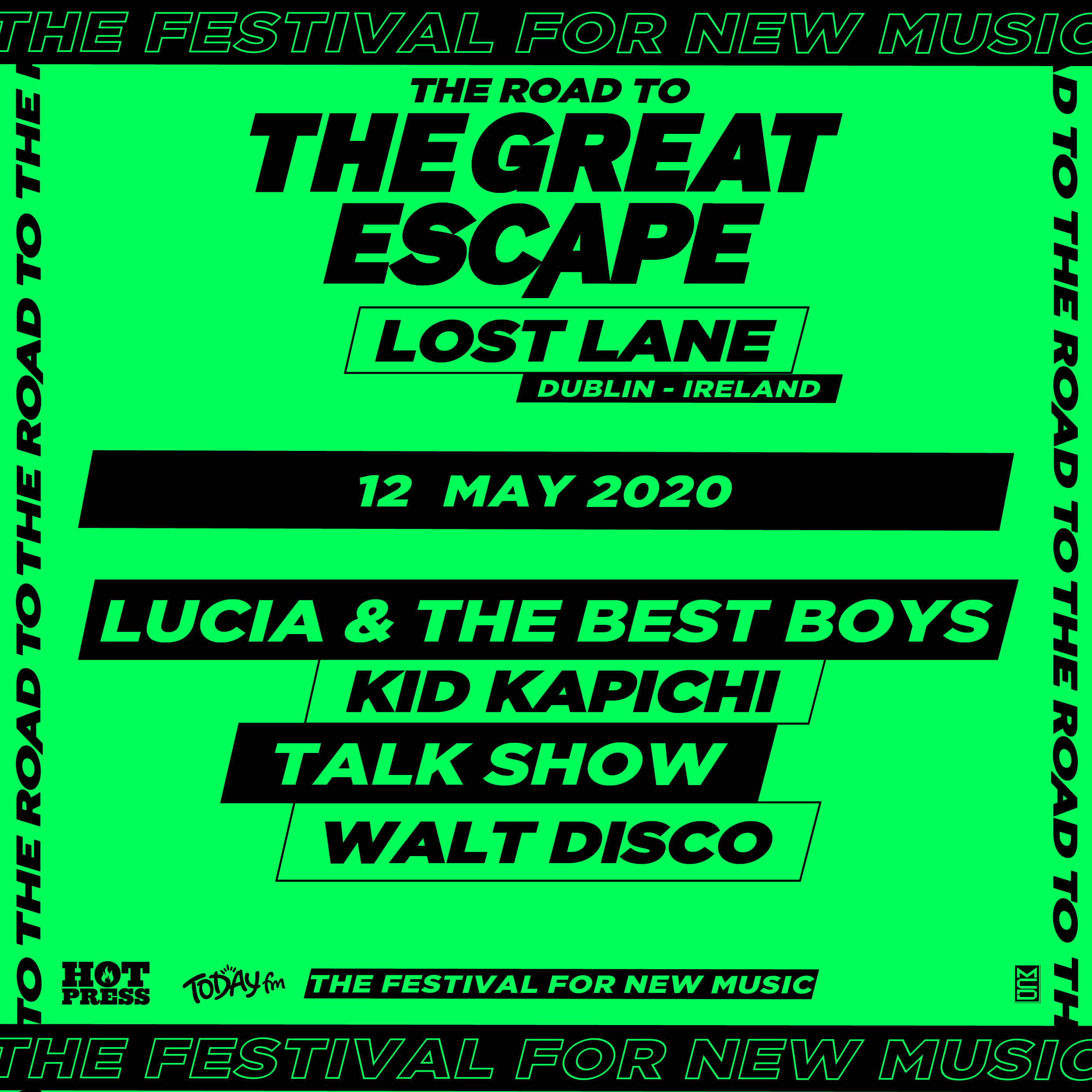 Taking place over two days at various venues across Dublin the event showcases a plethora of brilliant emerging artists. For it’s Second night in LoSt LaNe, The Road To The Great Escape brings Lucia & The Best Boys, Kid Kapichi, Talk Show & Walt Disco to the stage. 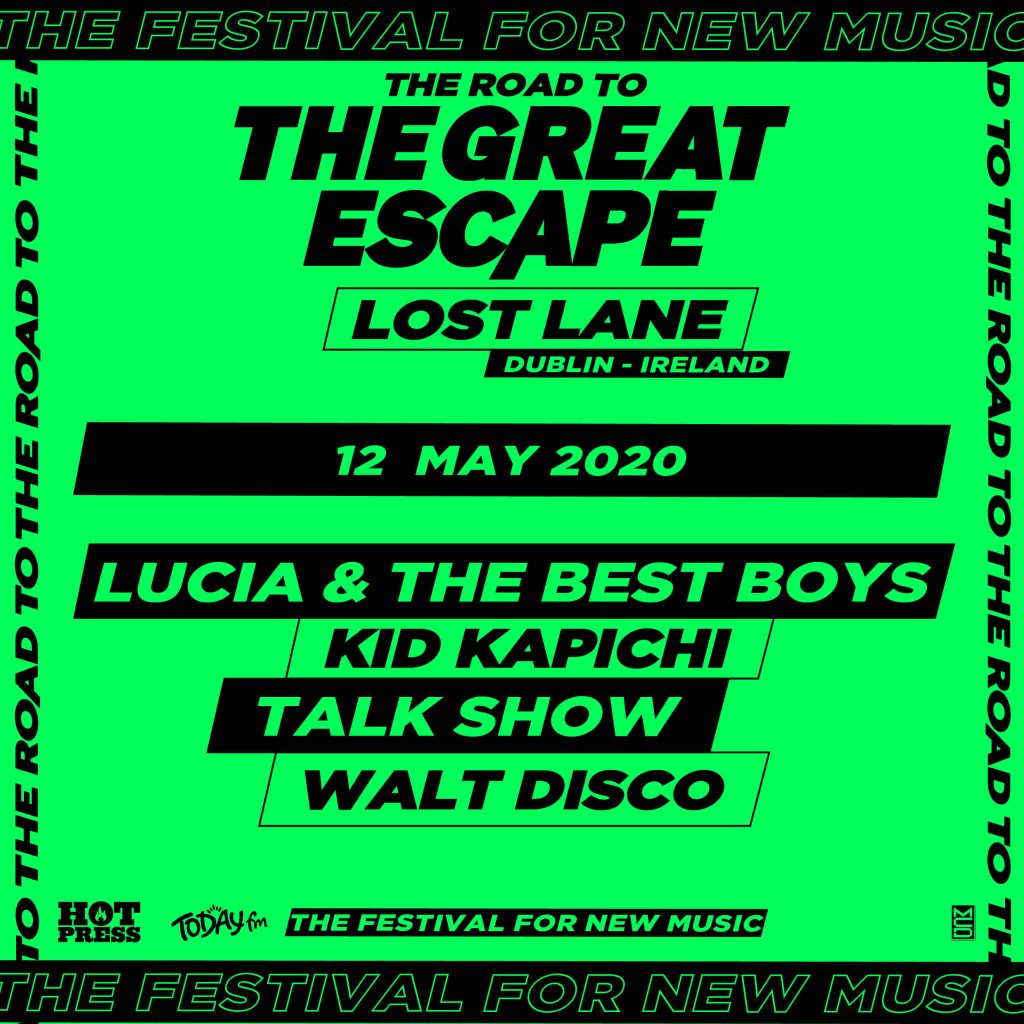 Life moves in chapters and for Glaswegian four-piece Lucia + The Best Boys, the next few months mark new territory as the band step up a level, adding a new side to their already glittering back-story.
With sonically upbeat anthems on the new EP, a new dimension is added to the already blistering live set. Take, for example, the time they played a headline show in Glasgow, where Lucia entered side of stage revving a motorbike.

London 4-piece, Talk Show, burst onto the scene at the beginning of 2019 with the release of their debut single via YALA! Records, ‘Fast and Loud’; an intense, raucous outlay of post-punk energy, that races its way through a jagged, dark account of an imagined metropolis.
Following up from their outstanding debut, Talk Show released ‘Ankle Deep (In A Warm Glass of Water)’ via Council Records, a single that firmly set their marker down as a band on an unstoppable rise. Headline shows at London’s Lexington soon followed, as the band’s unmissable live show once again demonstrated their status as one of the UK’s most exciting up-and-coming artists.

Walt Disco are a band whose influences derive not from just music itself, but much more so from love, glamour and androgyny. Crooning vocals, angular guitars, dark shimmering synths – their music is a gateway to a space of lust, loss and everything in-between.
The band look forward to increasing their already relentless touring schedule, bringing their unpredictable and drama filled live shows to new grounds. The band’s glamorous post-punk has received praise from the likes of DIY, NME and Gigwise and has also earned strong support from the likes of Radio 1’s Jack Saunders and Annie Mac.