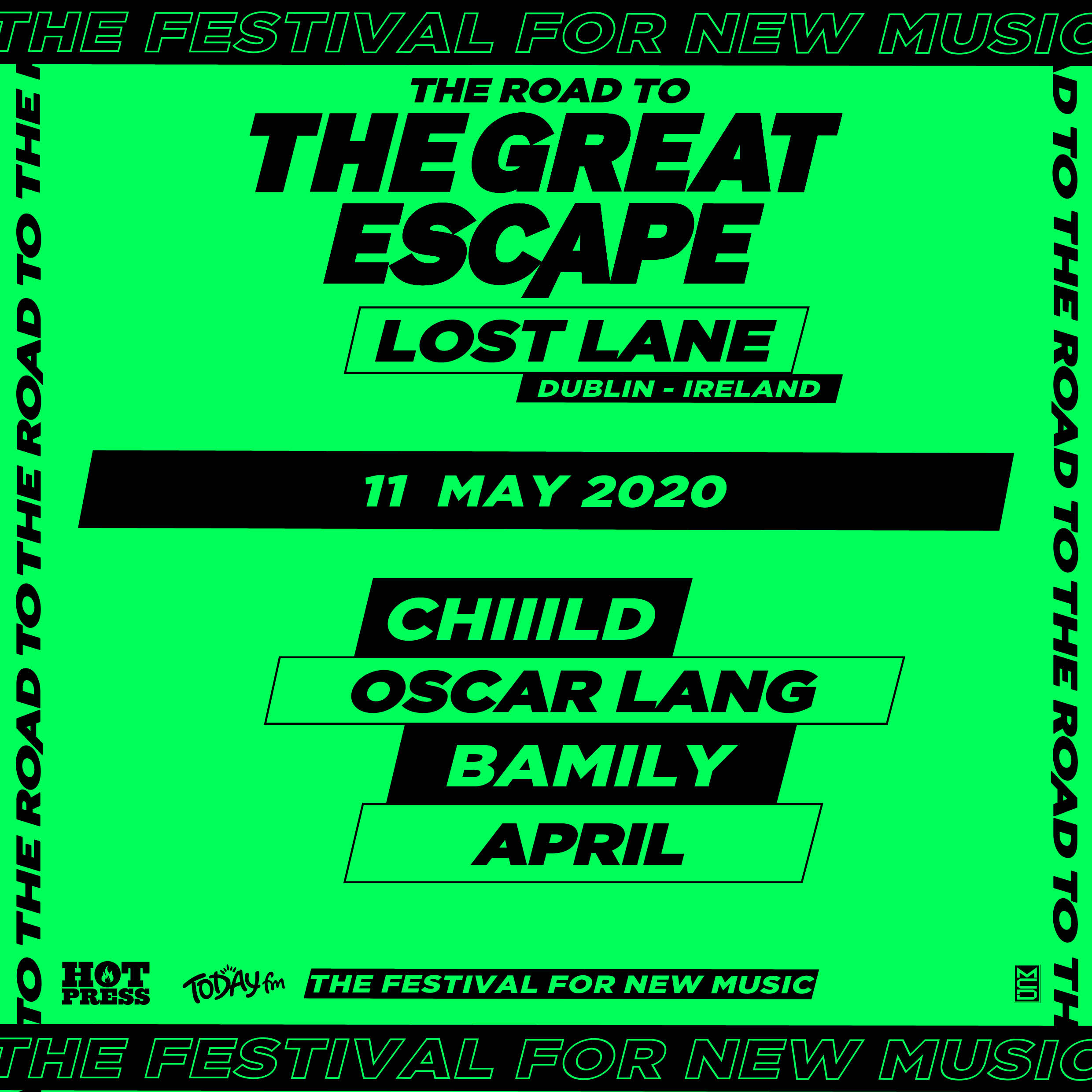 Taking place over two days at various venues across Dublin the event showcases a plethora of brilliant emerging artists. For it’s First night in LoSt LaNe, The Road To The Great Escape brings Chiiild, Oscar Lang, Bamily & April to the stage. 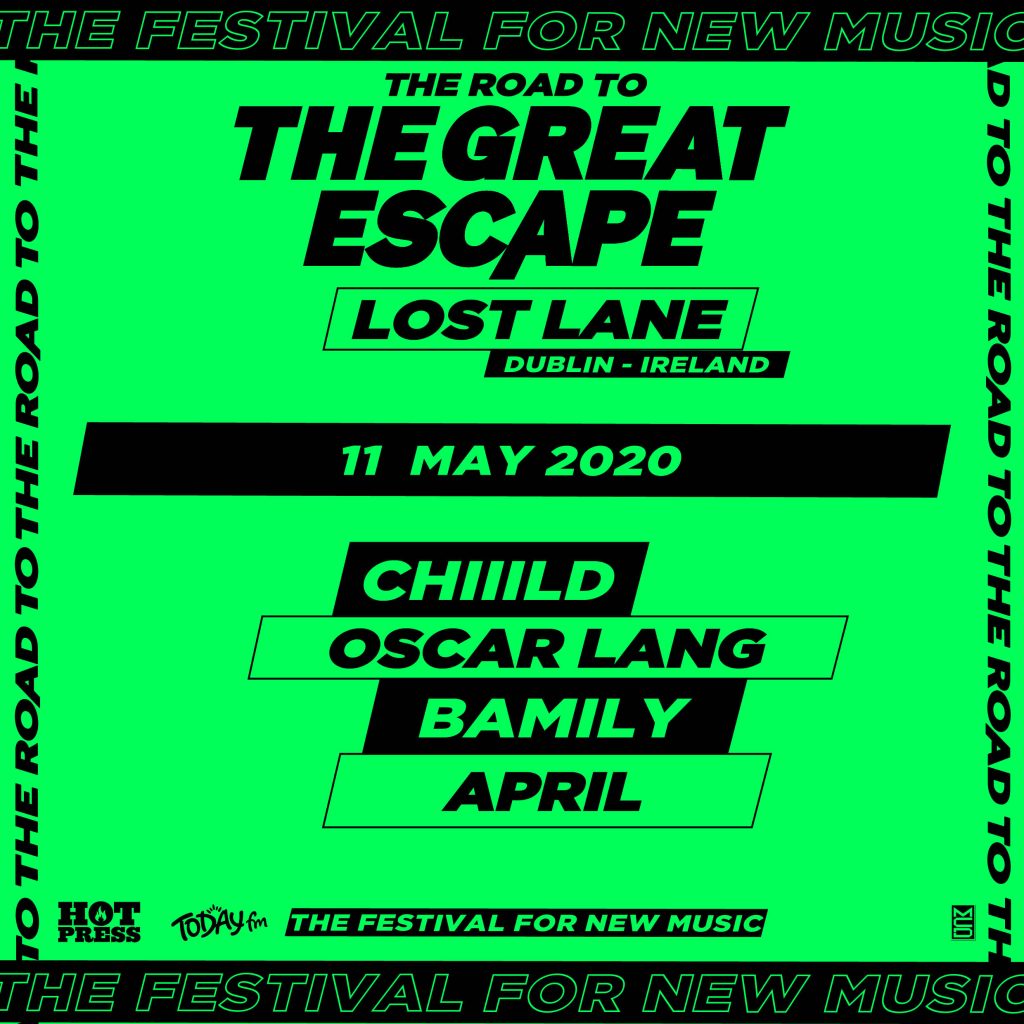 Chiiild is a band from Montreal, Canada. They spent years honing their unique brand of synthetic psychedelic soul behind closed doors before releasing it out into the world in 2019. Taking influence from music as diverse as D’Angelo, Tame Impala, Pink Floyd and Marvin Gaye they’ve created an expansive timeless sound that invites you to travel to faraway places and back to the familiar warmth of home.

Having already worked on a string of acclaimed releases from friends and fellow up and comers including labelmate Beabadoobee and Norway’s talented Girl In Red, Oscar Lang is carving out a reputation as the songwriter and producer pushing bedroom pop to exciting new heights: a budding Brian Wilson for Gen Z.

Brixton, London based band Bamily make indie pop music which takes influence from disco, hip-hop and soul. Using elements of DJing in their vibrant live set and production, the band open a world of sample heavy beats over luscious pads and percussion loops.

Throwing unconventionally located, and sometimes secret, gigs in London, the band dance between drum kit and live DJ sets in order to re-create their sound.

April is a 20 year old Irish singer-songwriter, her music takes inspiration from the new generation of self producing artist such as Gus Dapperton, Kojaque and Clairo as well a drawing from classic jazz and 90’s hip hop influences in her own self produced tracks. 2020 will see her release her debut EP and play festivals throughout Ireland and the UK.