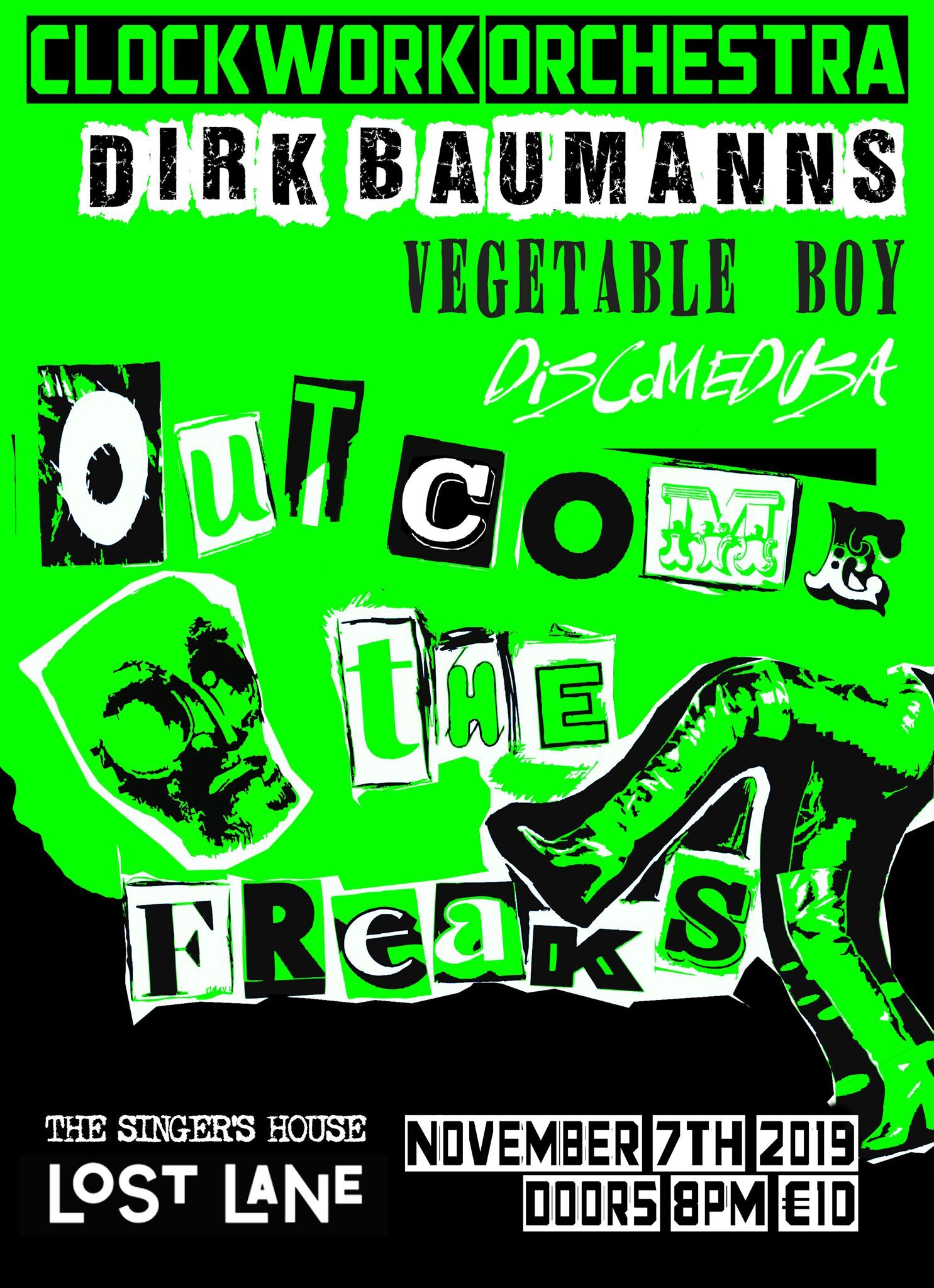 Out Come The Freaks – Singer’s House

OUT COME THE FREAKS is a night where the unleashed splash around in a collective madness – be it a performance piece, experimental music, puppetry, character exploration, outsider cinema, madcap theatre and cosmic cabaret.

Entrance to The Singer’s House is located on Nassau Street. 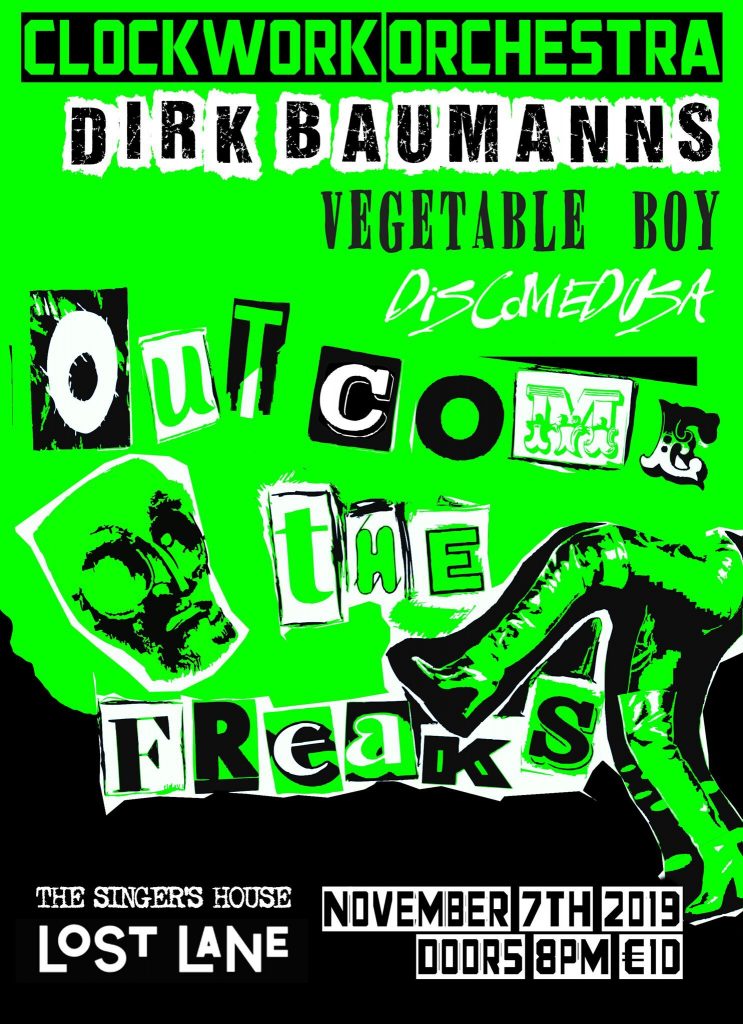 Strange music by a strange man – Clockwork Orchestra makes his first live appearance in a thousand years to celebrate the anniversary of his album A Fish For A Heart.
Synthesized chaos, whirling waltzes and danceable blip-blops.

Performance artist, painter and all round lunatic Dirk Baumanns has been baffling and beguiling audiences throughout Europe for years with his special brand of surreal showmanship. November 7th marks his first ever performance on Irish soil.

When all societal creation on planet earth has been rolled up in waves and peppered with trees, once more – the preserved will arise. The industrial and technological years have been buried into the past with vegetation again in overdrive, a new breed will emerge down from the higher ground with a cornucopia of beautiful and bizarre adaptations.
Vegetable Boy is a specimen from the medieval future that awaits us, but this boy does not speak. He has managed to hoodoo a radio presenter to broadcast this demonstration of musical vegetables throughout the frequency of the room.

DISCOMEDUSA is a monomaniac musical monster with a gelatinous umbrella-shaped face leaving melodic trails in her wake. Pushing the room to pulsate creating a stimulating propulsion and locomotion, whirling records to create a dancefloor.