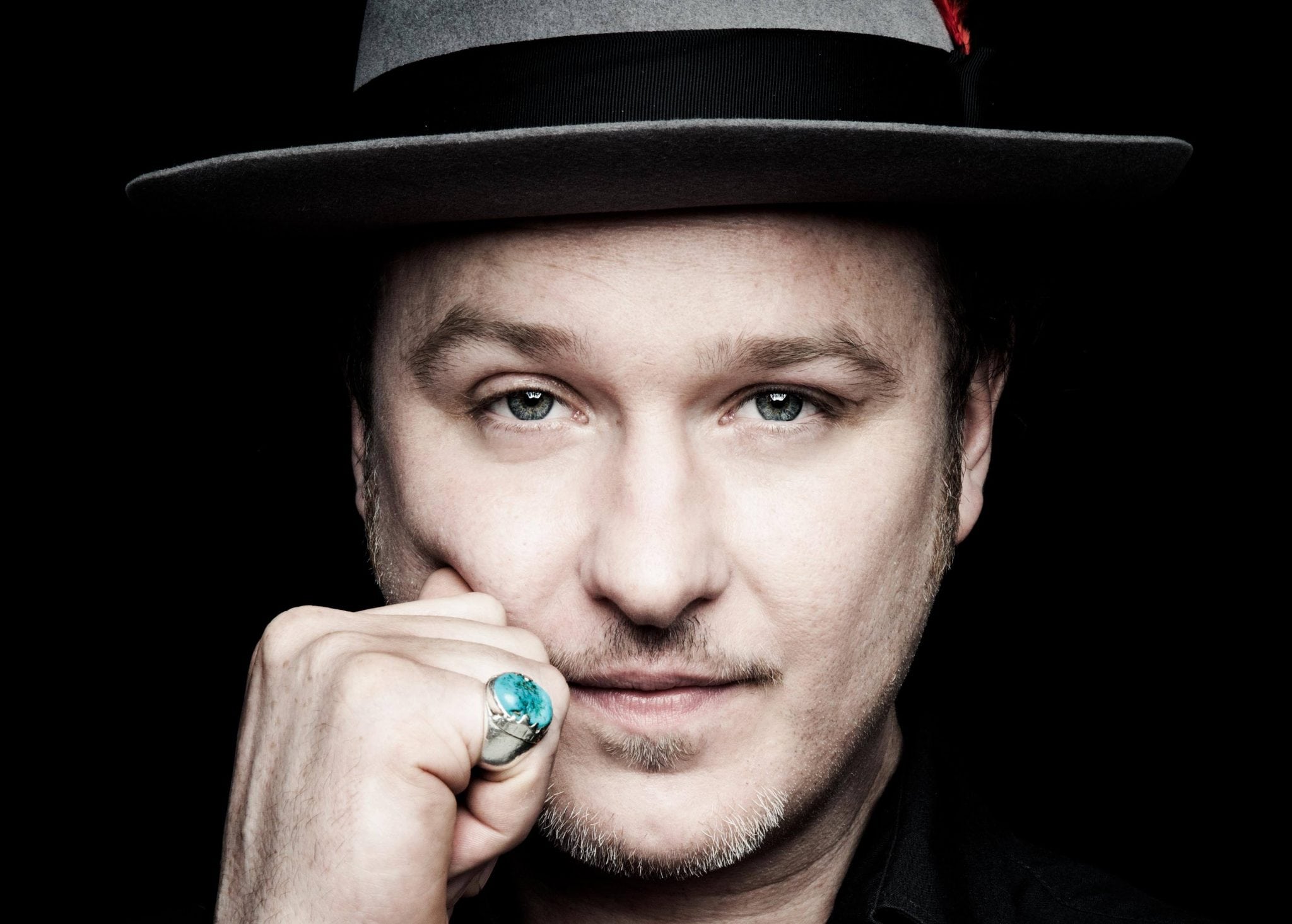 Irish singer/songwriter Mundy is one of a number of artists to successfully make the transition from street busking in Dublin to international stardom during the ’90s. Mundy’s mainly acoustic, folk-based pop/rock has been compared to Damien Rice and Josh Ritter; however, his style is more upbeat and celebratory than either, and his jangle-pop influence and tendency to experiment with unconventional sonic textures and beats further distinguishes him. 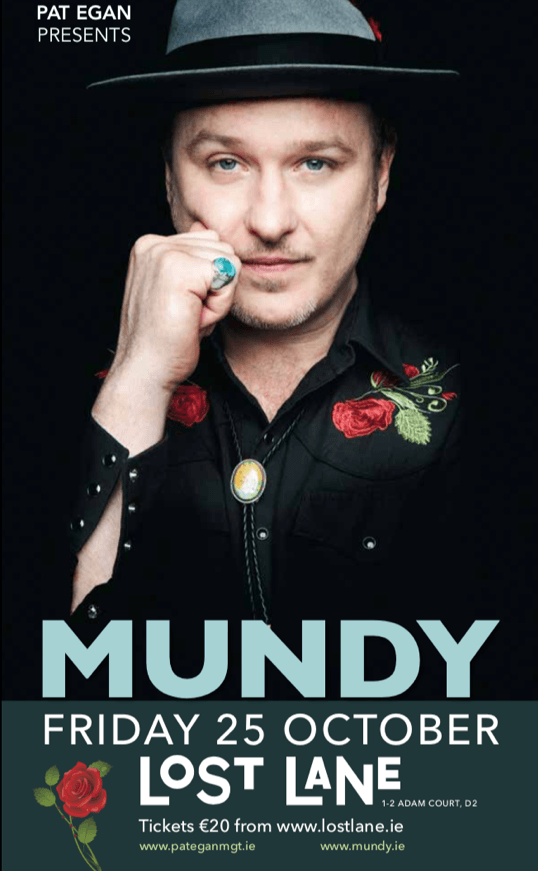 At age 18, Mundy moved to Dublin and began performing on infamous busker haven Grafton Street, and at open-mike nights at the nearby International Bar.  Less than two years later, Mundy signed with Sony subsidiary Epic Records, and released his debut single, “To You I Bestow”, shortly before his album “Jelly Legs” was released in October 1996.  “To You I Bestow” was licensed for inclusion on the soundtrack for Baz Luhrmann’s Shakespeare adaptation Romeo & Juliet, alongside tracks by Radiohead and Garbage. The soundtrack went on to sell 11 million copies and “Jelly Legs” sold a respectable 50,000 worldwide.

Having toured both sides of the Atlantic, including support slots with Alanis Morissette, Bob Dylan and also Neil Young, Mundy began working on his second album in 1999 with producer Tommy D. (Kylie Minogue, Catatonia).  Founding his own label, Camcor Records, Mundy released “24 Star Hotel” which outsold its predecessor, going double platinum in Ireland. The follow-up, “Raining Down Arrows”, was produced by Texan Mark Addison and debuted at number one in the Irish charts, achieving platinum status. In 2006, Mundy released his first live album a CD/DVD combo entitled Live & Confused, featuring a duet on Steve Earle’s “Galway Girl” with accordionist Sharon Shannon, which later charted as a single. “Live & Confused” was certified platinum in 2007.  His last album ‘Shuffle’ see’s Mundy flicking through lesser known tracks of many of the great songwriters like Sparklehorse and Gillian Welch with some truck stops to visit Tom Waits, John Prine, Paul Simon and Lucinda Williams along the way.

He more recently performed for President Obama, and played support with Imelda May and Emmylou Harris. With huge radio hits like July and Mexico, Mundy promises a great evening’s entertainment. There will be new songs as well as lots of favourites!

“Mundy comes from a very long historical line of great Irish performers, singers and song writers, it’s a list of awesome musical royalty he sits amongst and he rightly and gently wears his crown equally with them all.” —Richard Hawley

“From the first time I saw Mundy, I knew he was very special!  Soaring melodies that can spirit you away, vivid lyrics that are sometimes dreamlike, sometimes matter of fact, story painting with stunning imagery and amazing gigs that has us eatin’ the songs straight from his palm, he’s a gift” —Damien Dempsey