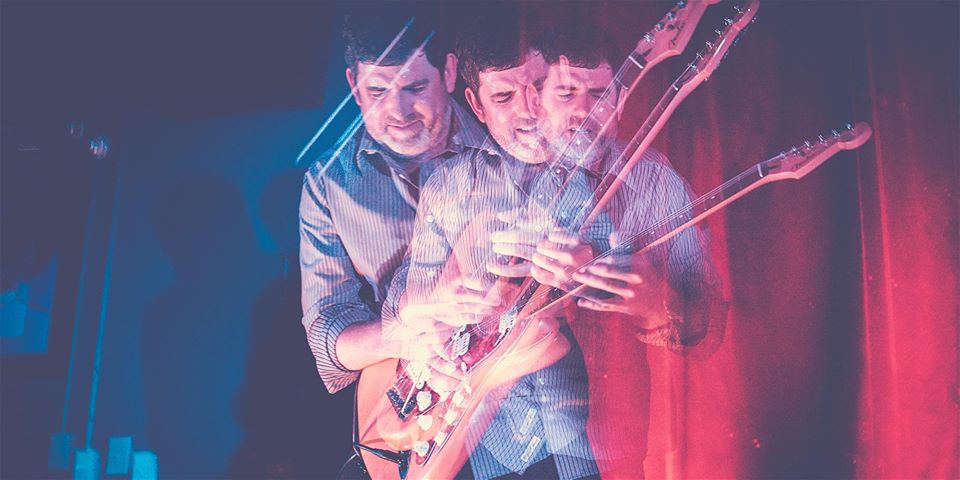 “The sort of boundary-leaping creative jazz most listeners identify with the big-city scenes of places like Brooklyn, Seattle, and the San Francisco Bay Area.” –All Music

Based in the humid indie-rock haven of Athens, Georgia, Kenosha Kid has supplied the world with their own unique blend of modern-jazz-meets-college-radio for over a decade. Now, presented by Improvised Music Company, they play LoSt LaNe for what will be an unforgettable show.

Post-everything instrumental music embracing beautiful melodies, compelling rhythmic glue, and jazz-informed improvisation. This band take chances, but never EVER loses sight of what makes music interesting: melody, rhythm, and texture. Is it jazz or some kind of miracle of modern rock music? Yes, it is both. Think: the simple soulful melodies and deep grooves of Booker T and the MG’s, but armed with the lush harmonic language of Wayne Shorter and a rhythmic vocabulary beyond 1-2-3-4.

Based in the humid indie-rock haven of Athens, Georgia, guitarist/composer/bandleader Dan Nettles has supplied the world with his own unique blend of modern-jazz-meets-college-radio for over a decade. In 2004, Nettles formed Kenosha Kid with these principles: build a scene, write for people you know, and listen to your creative heart regardless of music idiom. Starting with the release of Projector [2005], Kenosha Kid has succeeded in this, providing a steady string of remarkable content in a variety of formations (from trio to ten-piece) and flavours (from silent film scores to sci-fi influenced future-music).
The newest album, Outside Choices [2017] picks up where 2015’s Inside Voices left off.
The melodies are haunting, the grooves are devastating, and the band continues to expertly serve jazz purists, indie-rock hipsters, and funk loving jam fans alike.