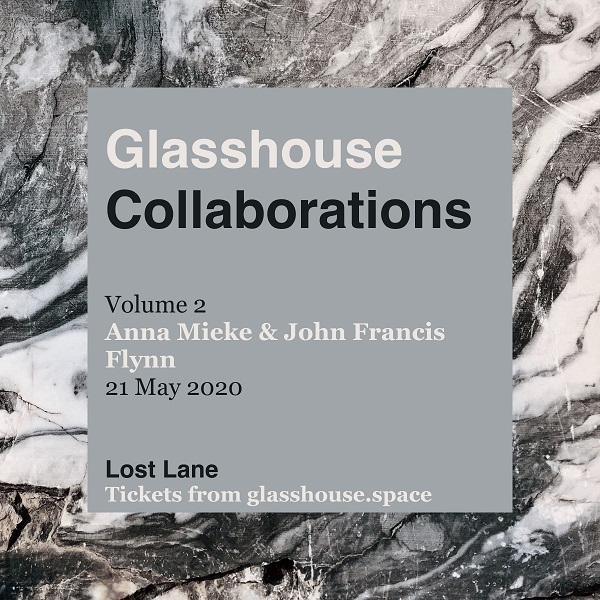 Glasshouse are excited to be performing with Anna Mieke and John Francis Flynn at Lost Lane for Volume 2 of our Collaborations series on 21 May 2020. We’ll be adding our signature instrumentation to their unique sounds, making for a very special evening!

Anna Mieke, or Anna-Mieke Bishop, is a musician and songwriter from Wicklow, Ireland. She performs on guitar, bouzouki and piano. She has spent a lot of her life travelling and living in different corners of the world – from the west of Ireland to Spain to Bangladesh to New Zealand – and this has formed the basis of a lot of inspiration to her songs. She’s just released her debut album – “…a strikingly confident collection of 10 songs, full of blue sky thinking and wide open horizons… A deliriously renewable energy source.” –Siobhán Long, The Irish Times ★★★★

John Francis Flynn is a singer and multi-instrumentalist whose work centres around traditional and folk material from Ireland and further afield. He is a founding member of the band, Skipper’s Alley, with whom he has toured extensively throughout Europe and America. John is an active session musician around Dublin where he hosts the now famous Walsh’s session in Stoneybatter. He has recorded with artists such as Lankum and Ye Vagabonds. He also played support for Lankum’s recent UK tour as well as opening for Lisa O’Neill on her Irish tour. He was chosen as one of the Ones To Watch at this year’s All Together Now festival and will feature in the upcoming series of This Ain’t No Disco. John will be releasing his debut album in 2020.