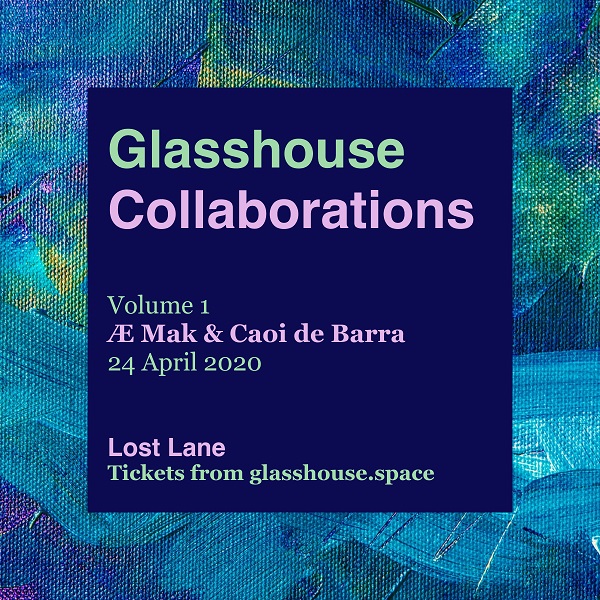 Glasshouse are excited to be performing with Æ Mak and Caoi de Barra at LoSt LaNe for Volume 1 of our Collaborations series on 24 April 2020. We’ll be adding our signature instrumentation to their unique sounds, making for a very special evening!

Æ MAK, a creation; experiments on the border lines of pop, continuing to build and inhabit her other world. Once you visit, you’ll probably want to move there.
Having supported Django Django, Warpaint and the mighty tune-yards, performed sold out Irish headliners and played festivals across Ireland and the UK including The Great Escape, Latitude, Liverpool Sound City, Electric Picnic, Body&Soul, Reading & Leeds, Eurosonic Noorderslag & Iceland Airwaves 2019.

⠀⠀⠀⠀⠀⠀⠀⠀
Caoi is a vocalist, instrumentalist and songwriter. She left art college to pursue a music career with Wyvern Lingo, and has since toured the world, released a number one album and opened for acts like Hozier, James Vincent McMorrow and Grace Jones.