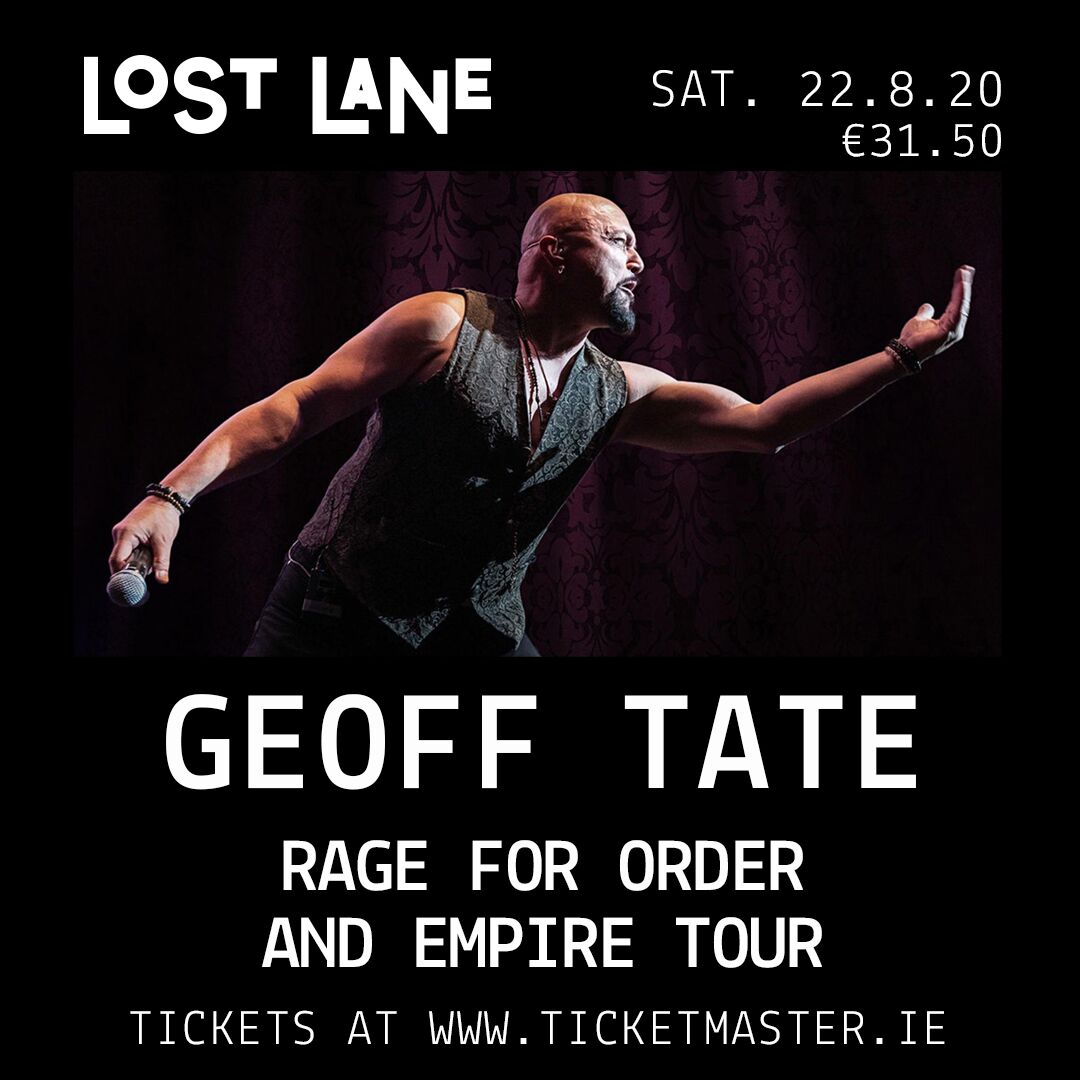 Geoff Tates show has been rescheduled to the 24th of April 2021. All original tickets will be valid for this date. We hope everyone can hold onto their ticket and make this rescheduled date. Refunds are available through point of purchase.

Iconic American Singer Geoff Tate brings his band Operation: Mindcrime to LoSt LaNe. The group, named after Queensrÿche’s 1988 album of the same name, will perform two classic albums, Rage For Order & Empire, in full for what’s set to be a sensational night. 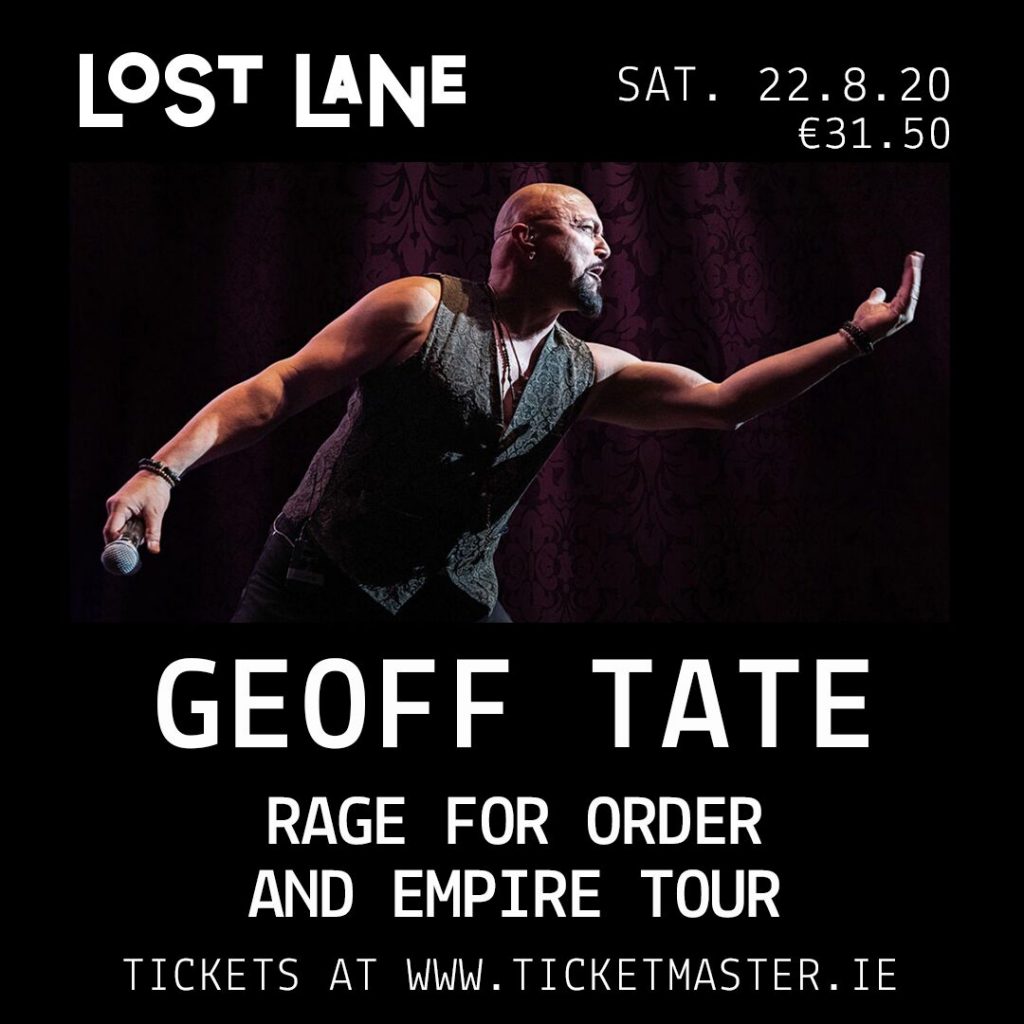 RAGE FOR ORDER
Rage for Order was more progressive than the band’s previous releases, with a layered and complex musical structure that employs a two-guitar approach, but also brought keyboards forward in the mix. Lyrically, the album explored social/personal, political and technological themes, among others highlighting the dangers of artificial intelligence and government intrusion.

EMPIRE
Empire is the fourth full-length studio album by the American heavy metal band Queensrÿche, released on August 20, 1990. The album stands as Queensrÿche’s most commercially successful release, reaching triple-platinum status[7] and the primary single, the power ballad “Silent Lucidity”, reached number 1 on the Mainstream Rock Tracks and number 9 on the Billboard Hot 100. “Silent Lucidity” was also nominated for the Grammy Awards of 1992 in the categories Best Rock Song and Best Rock Vocal Performance by a Duo or Group.