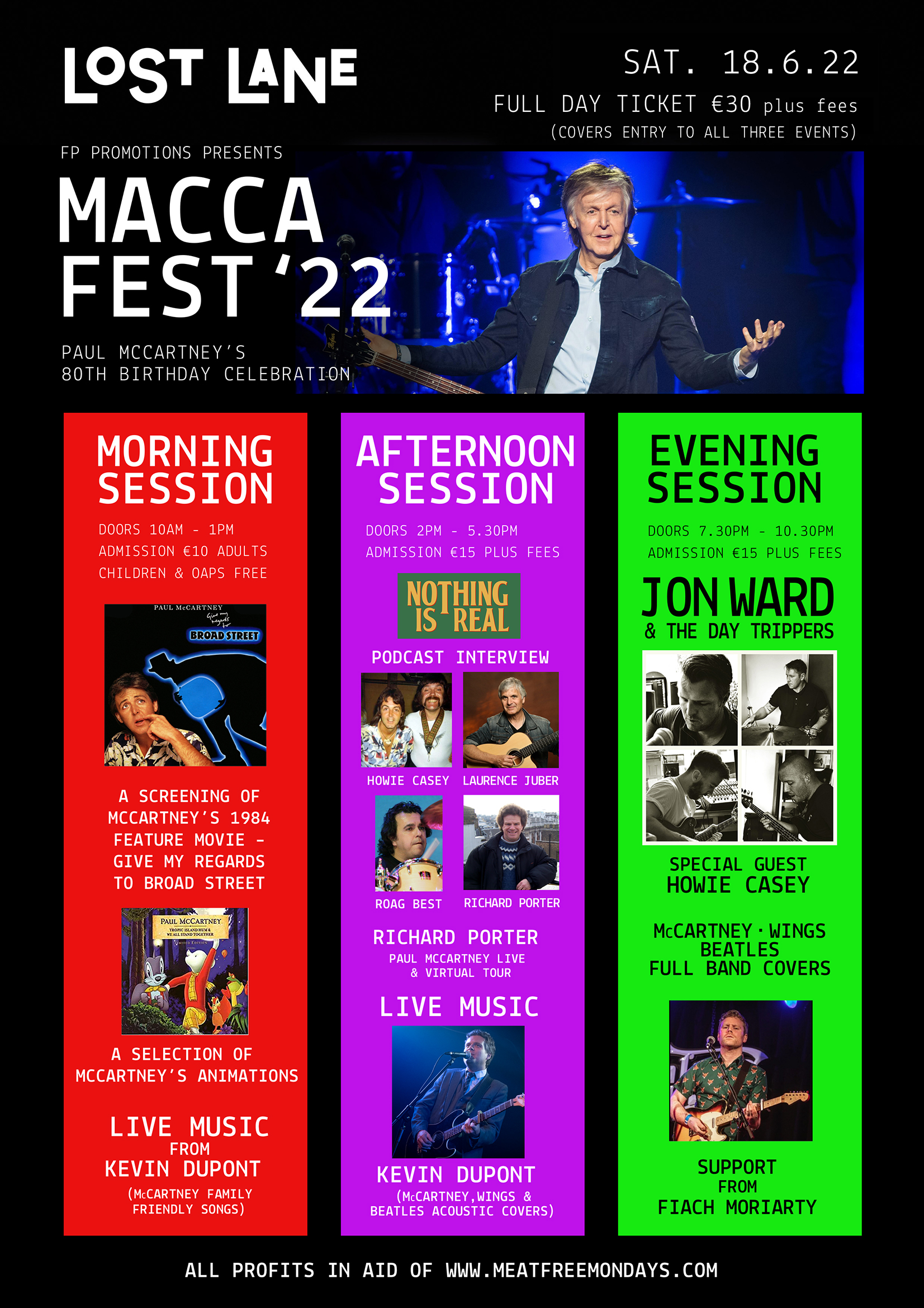 Paul McCartney – knight, bassist and general good guy – is turning 80, and Dublin wants to celebrate this birthday. His were the melodies that brought The Beatles to superstardom, much as it was enthusiasm that lifted Wings from the doldrums into the American stadiums. His catalogue is expansive, spanning pop, jazz, blues and opera, and the songwriter’s collaborations with Kanye West show that the songwriter is expanding his fan base. Dublin wants to celebrate, and we would love you to be there to celebrate with us.

Covers entry to all 3 sessions 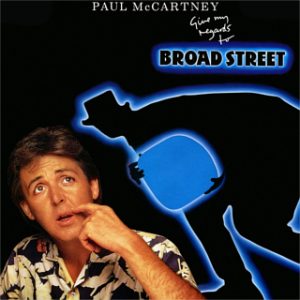 Inspired by his efforts in A Hard Days Night and Help!, Paul McCartney elected to write a film that showed his life catalogue for all of its diversity. Most pertinently, it was the first time McCartney performed many of the Beatle classics for a younger generation and he tellingly plays a gorgeous medley of ‘Yesterday’ and ‘Here, There and Everywhere’ ahead of ‘Wanderlust’. Peter Webb directed the film and McCartney stars as a fictionalised version of himself. Ringo Starr, Barbara Bach, Tracy Ullman and George Martin also co-star.

This will be followed by a selection of animations the former Beatle released. 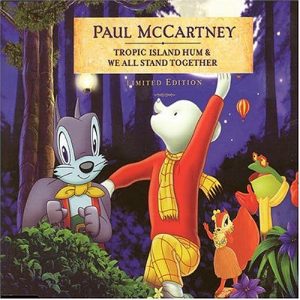 We are pleased to announce that French singer songwriter Kevin Dupont will be performing a selection of family-appropriate tunes. A mainstay on the French Beatle scene, it’s wonderful to have Dupont here- it’s certainly a thrill! 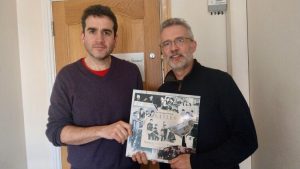 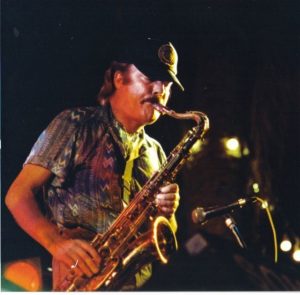 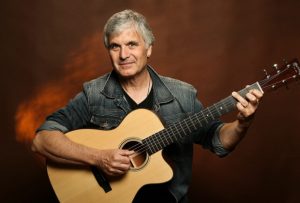 You may know his brother (Pete Best), you may know his father (Neil Aspinall), but Roag Best is also  the proprietor of the Liverpool Beatles Museum, which stands as a fountain of information in the city Paul McCartney grew up in. Roag is a loveable Rogue and a true expert on everything Beatles ! 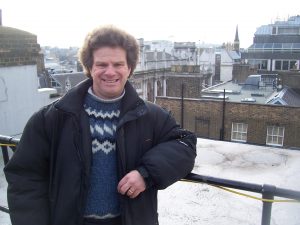 Richard is a professional Beatles London tour guide, author and consultant. Holder of a couple of the Beatle Brain of Britain titles. He is well known for guiding Beatle fans around London for Over 25 years !

To Mark this special occasion, Richard will be presenting his Paul McCartney in London virtual tour in person on stage at Lost Lane and will also be streaming the event online 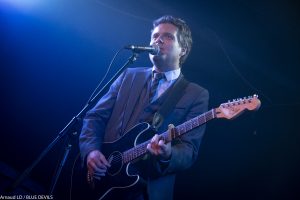 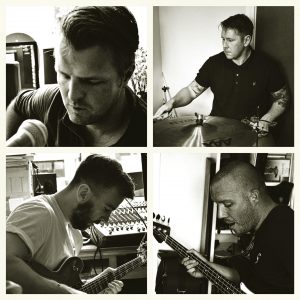 Regularly appearing at The Dublin Beatles Festival. Jon has supported acts like John Lennon’s Original Quarrymen and in September will open the Show for an Audience with Pete Best at Lost Lane. Jon & the Day trippers will be putting on a special show to celebrate Paul’s 80th birthday – a combination of McCartney Solo, Wings and Beatle tracks – Displaying McCartney’s full range of songs. The band will be joined on the stage by the legend himself – Howie Casey. A great way to end an amazing day!

When it comes to Dublin ‘ledge-bags’ Fiach Moriarty is right up there at the very top. He plays great, he sings great, and he writes great songs.

Fiach will be opening the show with a selection of tracks spanning McCartney’s  career. 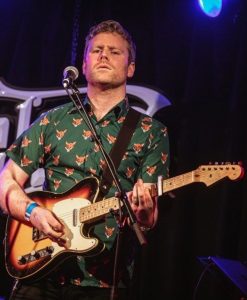 All Profits in aid of www.MeatFreeMondays.com 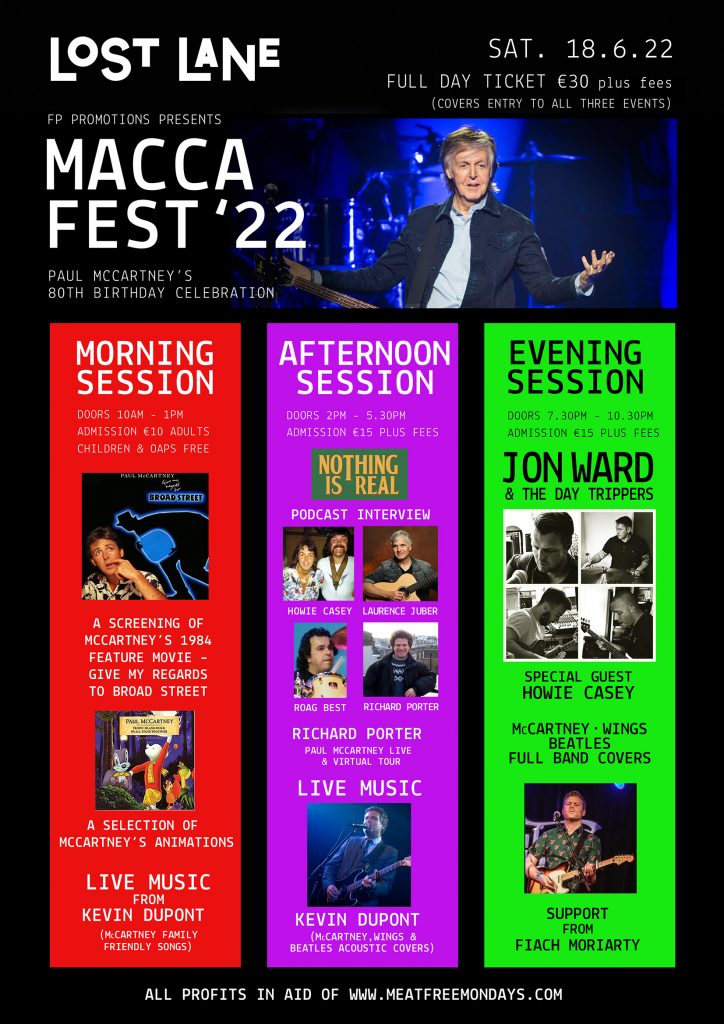