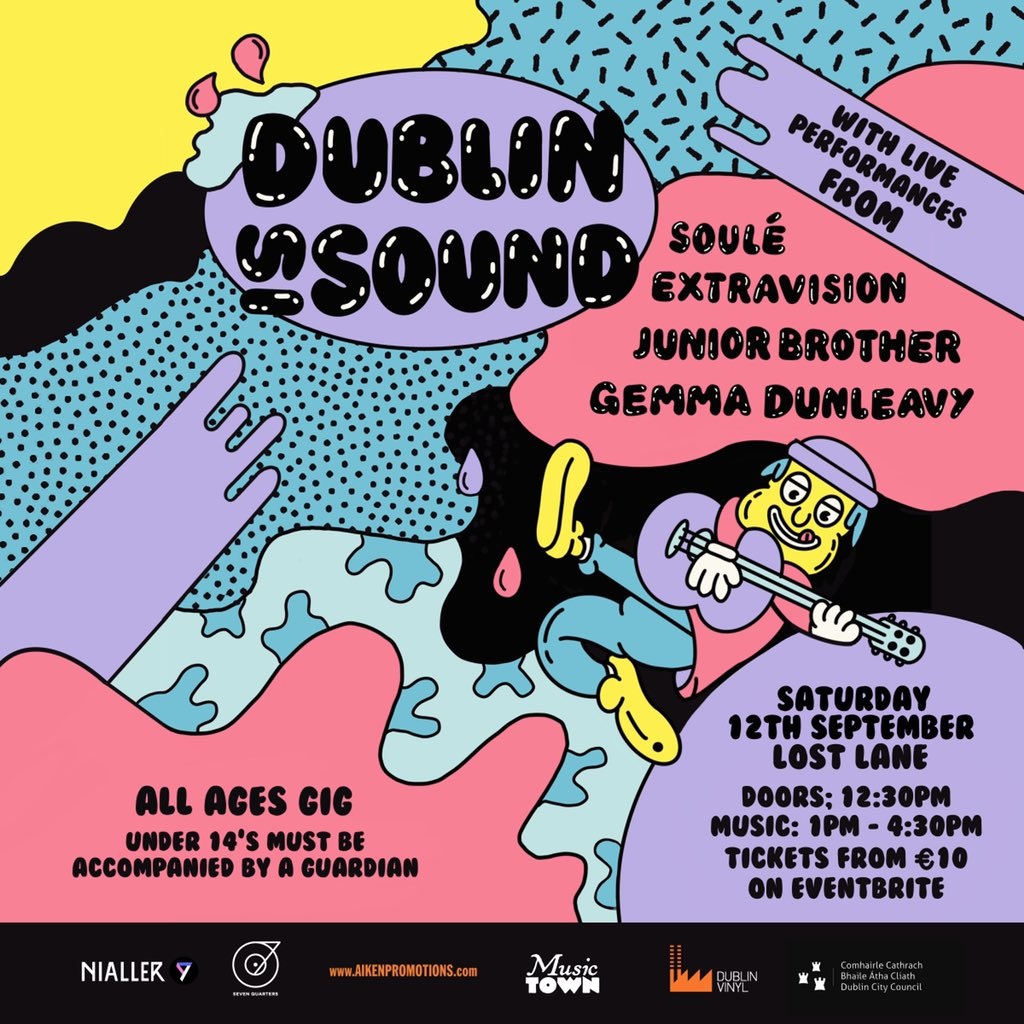 Dublin Is Sound is excited to return for another daytime gig open to all-ages & to under 14s if accompanied by a guardian.

After the success of last year’s event nearly selling out we would recommend purchasing advance tickets ASAP.

This gig is taking place on September 12th featuring performances from some of Ireland’s best acts including Soulé, Junior Brother, Gemma Dunleavy and Extravision. The gig will give those attending the opportunity to witness four of Ireland’s best new music acts and to start their vinyl collection. Advance ticket buyers will receive a limited edition 12″ vinyl record on the day featuring tracks from the acts.

The vinyl is pressed in the city by Dublin Vinyl with specially-designed artwork by Dublin designer Kelly O’Dowd in response to the music.