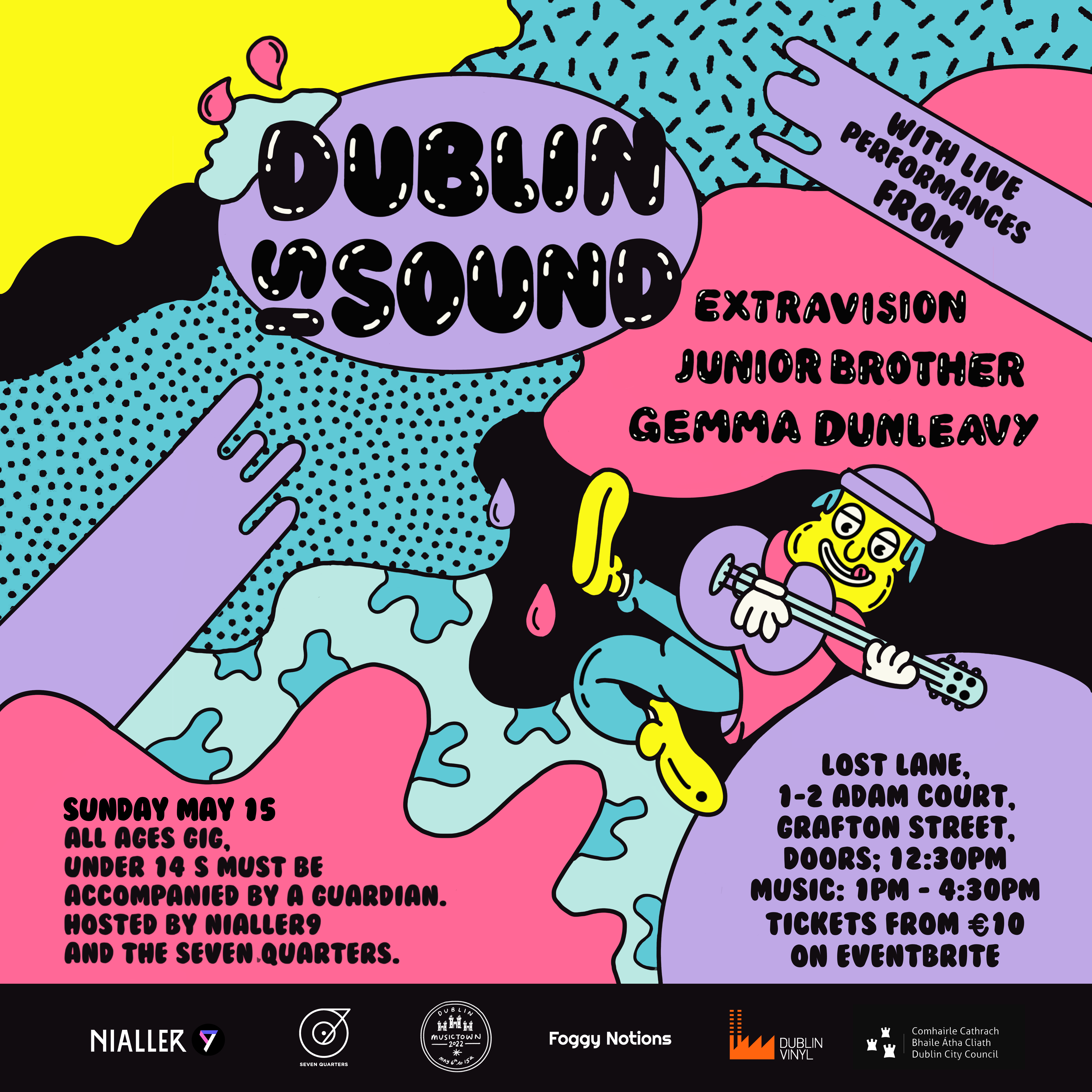 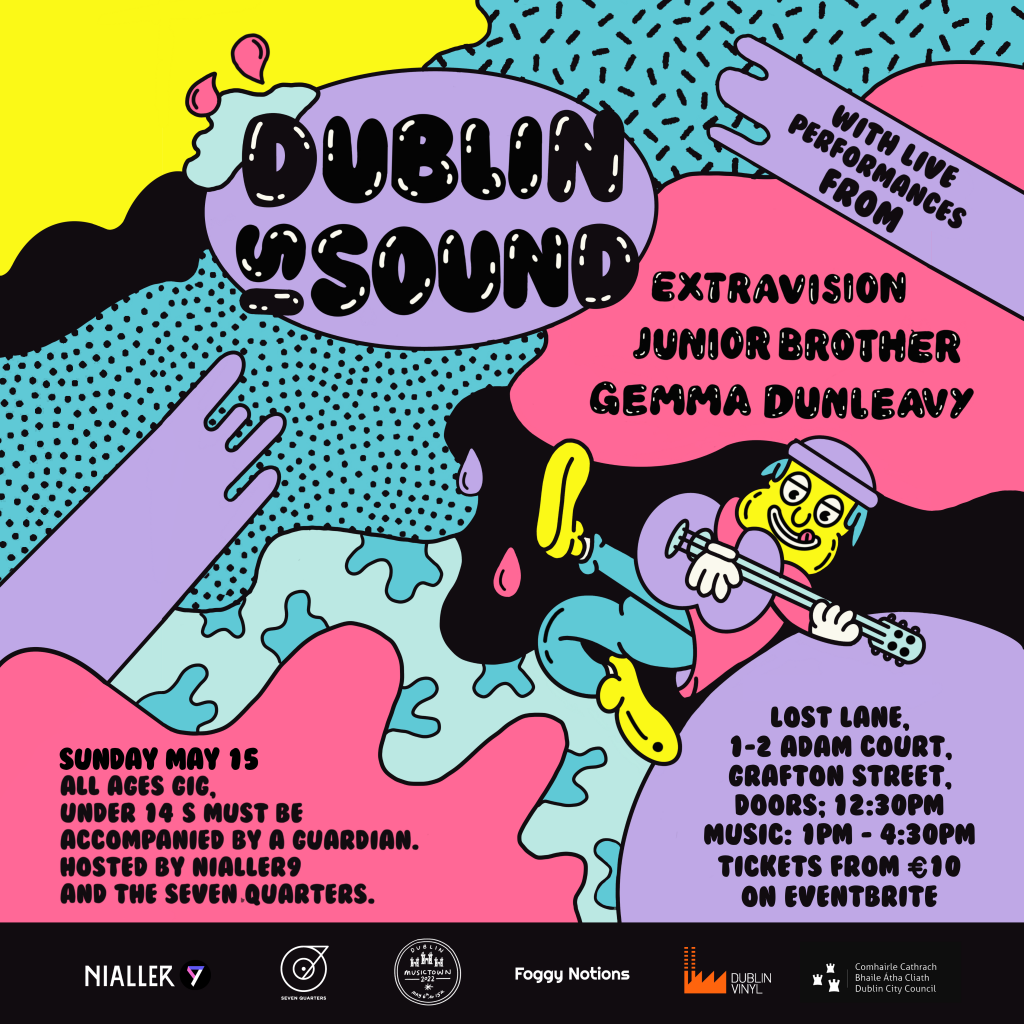 Dublin Is Sound – an all-ages event by Nialler9 & Seven Quarters with live performances by:

Gemma Dunleavy – The Dublin R&B artist who broke through with Up De Flats and fresh from headlining the 3Olympia Theatre.

* Each ticket purchased comes with a  limited edition 12″ record featuring songs from the performing artists. The vinyl is pressed in the city by Dublin Vinyl with specially-designed artwork by Dublin designer Kelly O’Dowd just for this event.

Presented in association with MusicTown

Dublin Is Sound is an all-ages daytime gig open to all-ages & to under 14s if accompanied by a guardian.

– Soft drinks and water only will be available at the venue

– – This gig is not suitable for younger children especially 5 and under as it will be hosted in a live capacity setting and noise might affect their hearing.

– We would also advise ear protection is brought along as this will not be available at the gig.