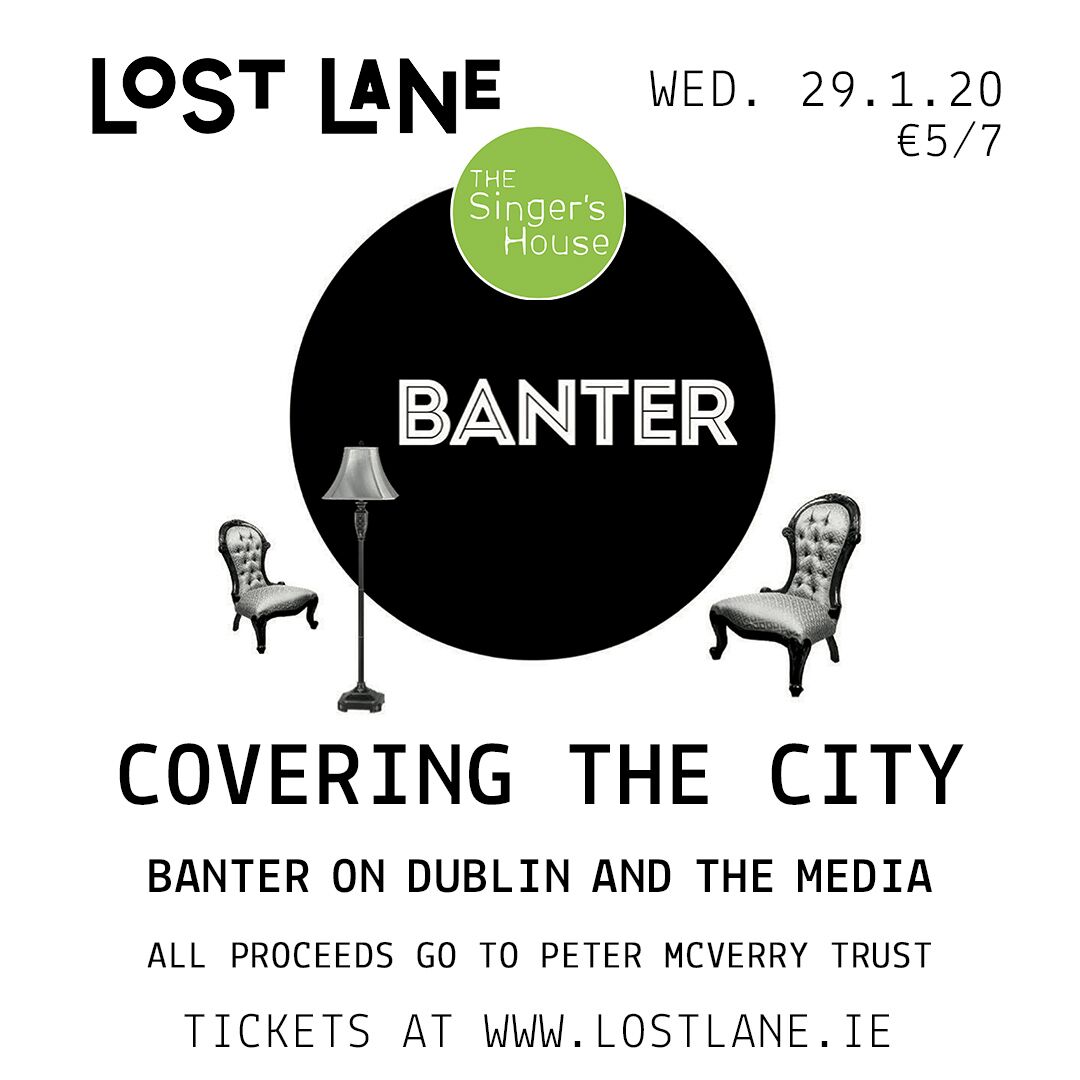 Banter – Covering the City, Dublin and the Media

A couple of years ago, Banter ran a series of events under the title of Living for the City. Covering everything from transport, migration and housing to cafes, alternative spaces and supermarkets, Living for the City was a great way to look under the bonnet of living, working and playing in the capital in the 21st century. Over the course of 2020, we’re going to go back to some of those themes – and look at a couple of other pertinent topics too.

For our first event, we’re going to look again at how the media cover the city and follow-up some of the ideas and themes which were initially raised in April 2014. How do various media organisations cover the city? Does the stuff which gets covered reflect what’s really of interest to those who live in the city? What issues remain uncovered and why? 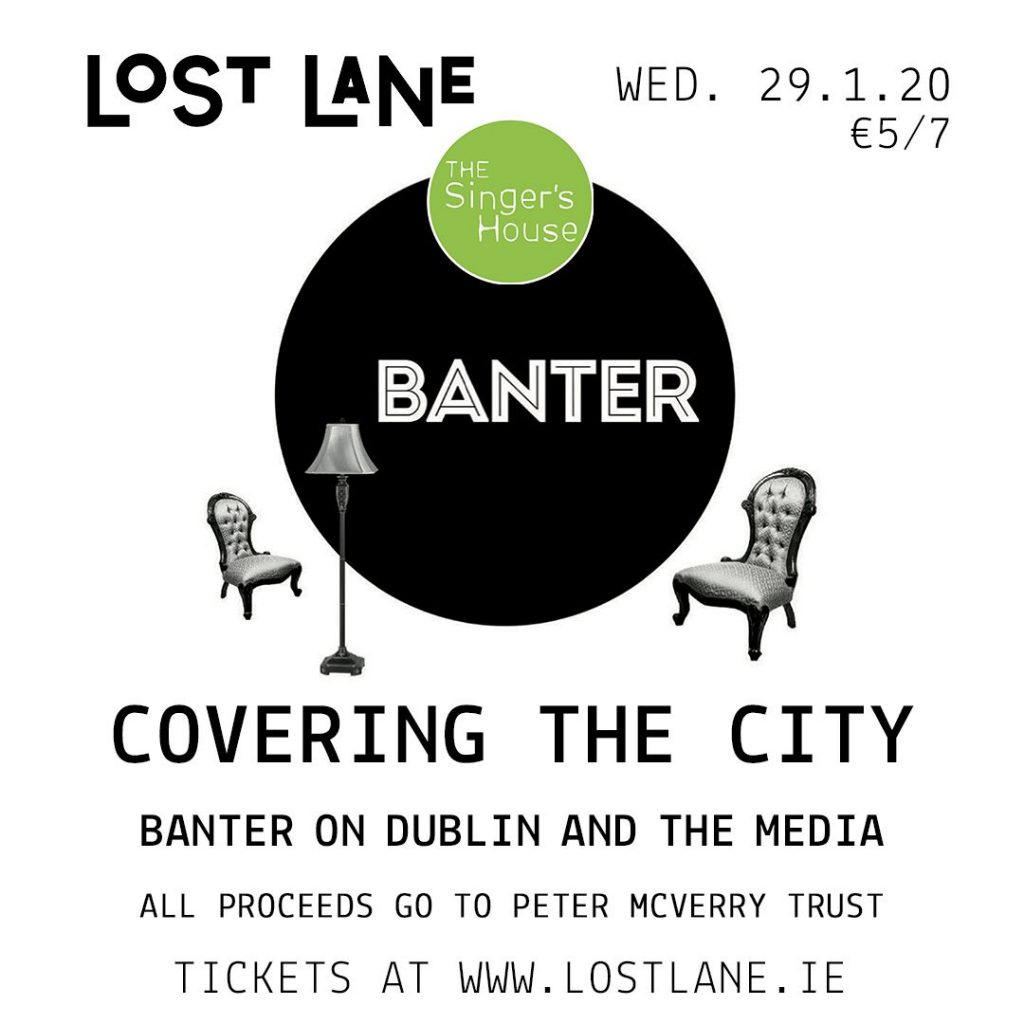 The details: Banter on how the media covers the city will take place at the Singer’s House at LoSt LaNe (enter via Nassau Street entrance). All proceeds will go to the Peter McVerry Trust.