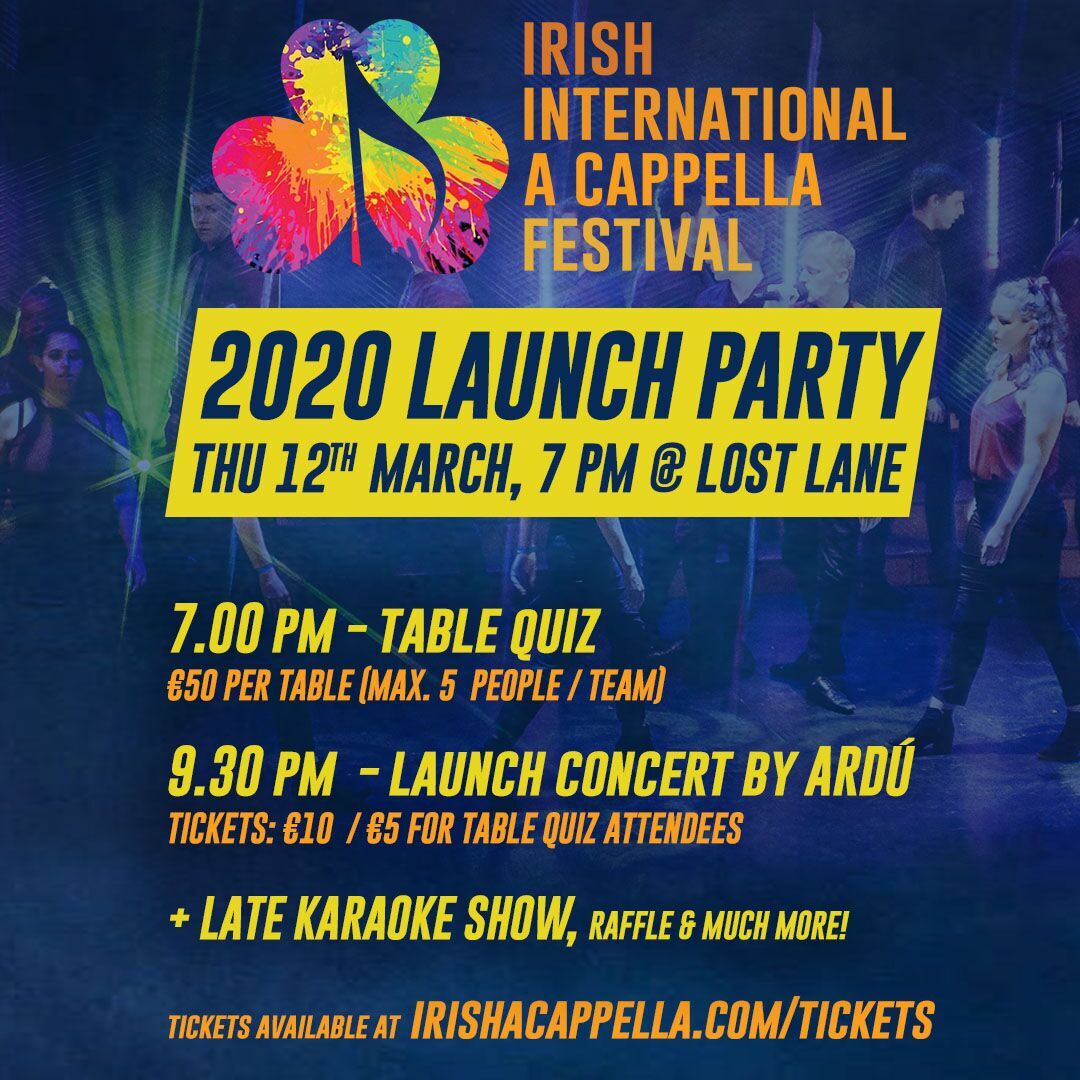 The Irish International A Cappella Festival officially launches, with a bang, at LoSt LaNe!
Join us for a table quiz with fun prizes, raffles, karaoke and a special intimate launch concert by Ardú!
Tables are limited to 5 people per table and are sure to sell out, so get your tickets now to ensure a space!
Attendees will also be given the chance to secure super-early bird tickets to the Irish International A Cappella Festival at a better discount, so don’t miss out! 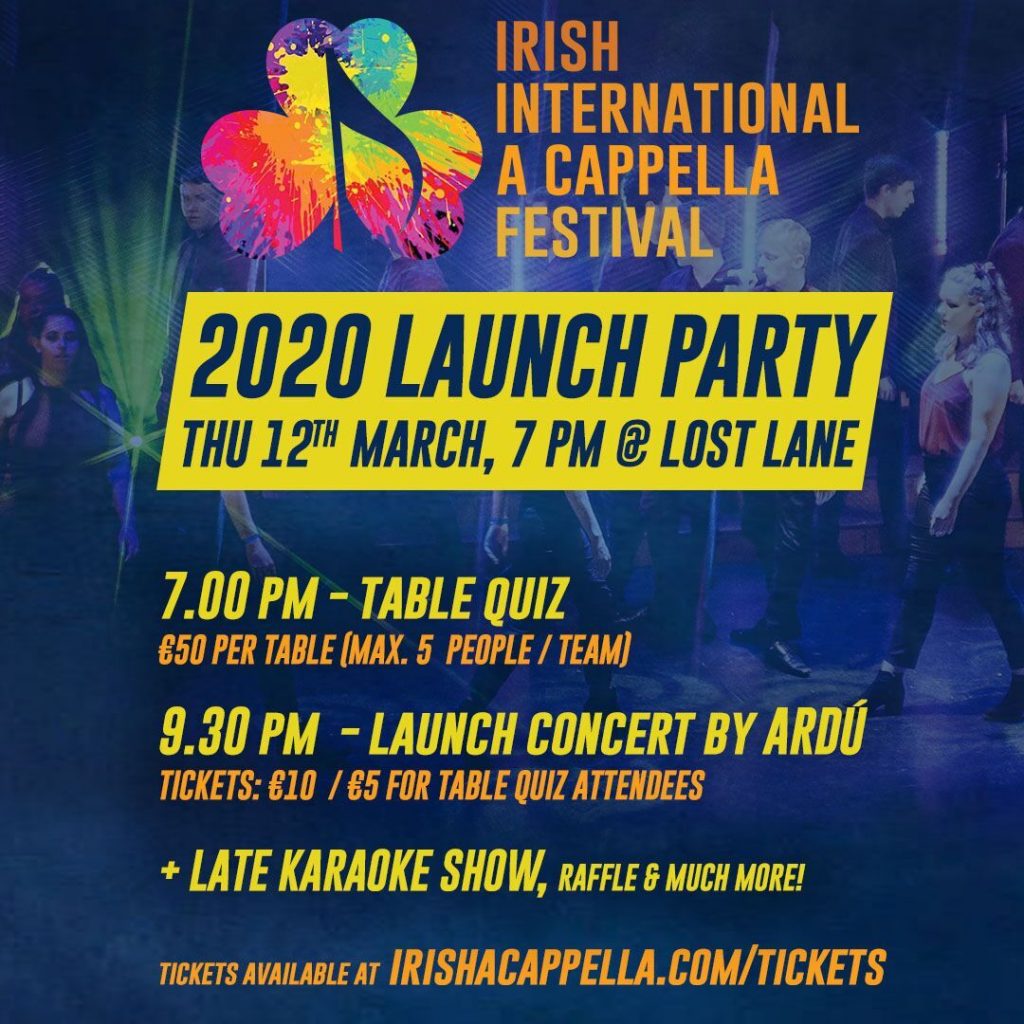 More on the Irish International A Cappella Festival

Celebrating the genre of contemporary a cappella music, the Irish International A Cappella Festival aims to attract international artists to perform in Ireland, create a regular showcase platform and new performance opportunities for national groups and bring the genre of modern a cappella music to a new audience in Ireland.
Conceived way back in 2016, the Festival has been an annual weekend event that promotes musicianship, ensemble singing, community building, mental wellbeing and general positivity. The Festival has hosted both international and national professional acts such as The Swingles, Apollo 5, Ardú, 4 in a Bar; as well as showcased exceptional amateur groups from Ireland and abroad such as The Ramparts, Euphonics, The Bristol Suspensions, The Nightingale Trio etc.
Each year IIACF gets bigger and more exciting, and 2020 will be no exception.
Running through 19th-21st June, the Festival will be home to brilliant international bands, as well as Irish ensembles, spread across two massive concert events, an international a cappella competition and a wide variety of exciting fringe events for the whole family.
Though the programme is yet to be announced, we can tease that our international lineup will include groups hailing from Italy, Russia, South Africa, Slovenia, France, Germany, England and Croatia!

Ardú have organised, fundraised and performed at the Irish International A Cappella Festival since its initial inception in 2016. In addition to three consecutive successful festivals, Ardú has a track record of organising sold out events such at prestigious venues such as City Hall (Miserere, MusicTown 2017), Ardú & Friends (National Maritime Museum 2017,2018) and National Gallery.

As a collective organisation (legal partnership), Ardú has developed partnerships with various bodies, including Sing Ireland, Music Generation, An Táin Theatre Dundalk and Dundalk Institute of Technology. It facilitates workshops for amateur singers, school children and professional choirs nationally. Ardú has been resident in Deis school St Kevins, Crumlin for the past three years, fostering a love of group singing amongst the students.

Ardú continues to promote Irish a cappella throughout Europe. In 2019 the group performed at Europe’s top a cappella festival Vokal.Total, and has a partnership with the London Vocal League, aiming to bring international standard groups to Ireland and introduce Irish groups internationally.
Through all of this, Ardú is uniquely placed to attract the highest calibre of a cappella ensembles to Ireland, maintain the development of local singers and ensembles, and promote the reputation of the Irish International A Cappella festival in Ireland and abroad.